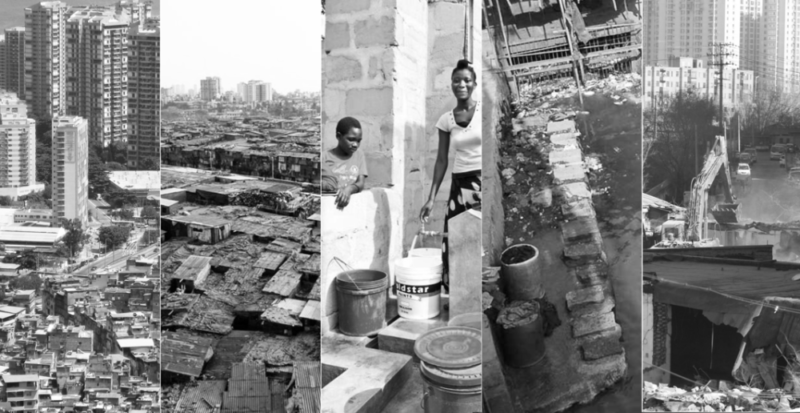 According to the UN, more than 1.6 people now live in the slums of the world’s cities, and by 2050 the slum population is expected to grow to more than 3 billion — that’s more than 30% of the projected population of 9.7 billion in 2050. In the slums, there are constant lacking of secure land tenure, adequate access to safe water, access to acceptable forms of sanitation, and durability of housing, making these overcrowding places highly vulnerable to several risks with respect to economy, environment, climate and health.

We, as a group of scientists, are aware of the fact that most slums are marginalized in the radical process of urbanization, and thus are devoted to understand the mechanism of slum dynamics: formation, evolution and demolition. In this way we expect to respond to the sustainable development goal (SDG) of facilitating Sustainable Cities and Communities, by showing inclusivity and humanity.

By leveraging domain expert knowledge, we rely on diverse approaches of identifying slums, where earth observation (EO) based approach plays the major role. Other approaches include aggregated slum households approach and field-based mapping. We intend to combine the strength in every single approach, and also deploy the slum mapping activities in both top-down and bottom-up manners. During the process, the application of cutting-edge data-driven techniques such as deep learning are also our focus in the EO based approach, where earth observatory imagery data is involved.

From this website, we would like to sharing all the knowledge and discussion regarding the findings, potentials and expectation in the research of slum dynamics.